As the Bronze Age in Ireland drew to a close, there appeared in Ireland a new cultural influence. Developing in the Alps of central Europe, the Celts spread their culture across modern-day Germany and France and into the Balkans as far as Turkey.
They arrived in Britain and Ireland around 500BC and within a few hundred years, Ireland's Bronze Age culture had all but disappeared, and Celtic culture was in place across the entire island.
Celtic influences  had spread across much of central Europe and spread into Iberia and the British Isles. The Celts called Britain and Ireland the "Pretanic Islands" which evolved into the modern word "Britain". The word  "Celt" comes from the Greeks, who called the tribes to their north the "Keltoi", but there is no evidence that the Celts ever referred to themselves by that name.
To the south a small upstart republic, with its capital at Rome, was minding its own business. However it was these Romans who, a few centuries later,  would supersede Celtic culture across most of Europe when they built their huge Roman Empire, which stretched from Palestine to England.
The Celts had one major advantage; they had discovered Iron.
Iron is a stronger metal than bronze, Iron had been introduced to the Celtic peoples in Europe around 1000 to 700BC, thus giving them the technological  edge to spread as they did. 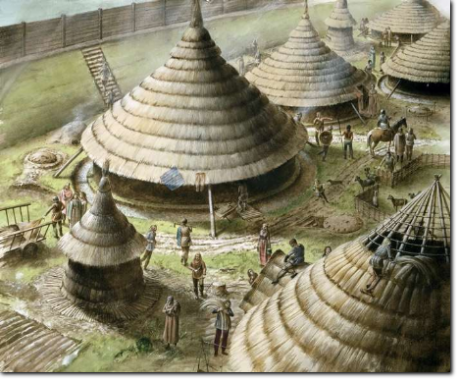 Whether or not the arrival of the Celts in Ireland was an actual invasion, or a more gradual assimilation, is an open queston. On the one hand, the Celts - who were by no means pacifists - must have arrived in sufficiently large numbers to obliterate the existing culture in Ireland within a few hundred years. 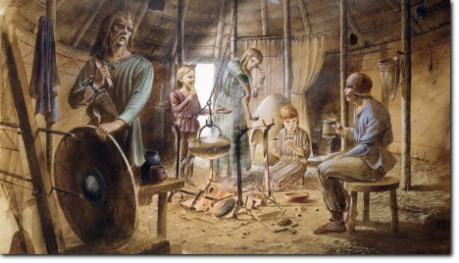 On the other hand, other better documented invasions of Ireland - such as the Viking invasions of the 7th and 8th centuries AD - failed to have the effect of changing the culture on an islandwide scale. 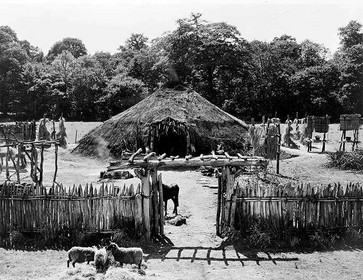 Current academic opinion favours the theory that the Celts arrived in Ireland over the course of several centuries, beginning in the late Bronze Age with Celts of the early iron-using Hallstatt group of people, to be followed after 300BC by Celts of the La Tène cultural group which formed within the Hallstatt group.
Back to content